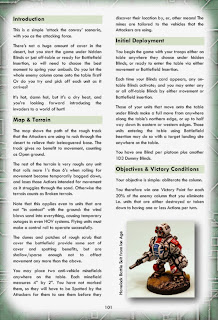 Over the last few weeks I have been receiving emails to The Ion Age from wargame authors and other brands asking for permissions to feature our miniatures in their products.  I am fine with this as long as we get the credit for it and everyone else thinks this is fair too.  So with permissions given I gave it not much more thought but now the first of those persons to ask has published!  Robert Avery.

Robert Avery has been known to me for a good number of years through his fantasy system Vis Magica but now it seems he has a science fiction system, generic in nature, called Quadrant 13 which has an expansion just released called Five Planets.  It is in Five Planets that miniatures from The Ion Age features.

I have not played the Q13 system but I have heard good things from elsewhere on the net and if you are keen to check it out then begin on the Vis Lardia Online website.  Good quality rules from authors are what wargaming needs.  Keep the flavour, keep the scope of independent thought.

I will end this posting with the marketing blurb from the rear of Five Planets:

Five Planets is a campaign and scenario pack for Quadrant 13 (Q13), the company-sized, sci-fi wargame rules from the TooFatLardies.

Written by Robert Avery, Five Planets contains twelve scenarios set within the Pankova solar system, with two adversaries fighting over its priceless resources. The action begins on Peach, the outermost planet, a most desolate, moon-like place, then moves through the asteroid belt to Cheteria, the ice planet. After Cheteria comes Three, the garden world that feeds the system, followed by D’Var, the desert planet whose sands conceal vast seas of valuable oil. Finally the campaign climaxes on fiery Adeen, closest to the sun and the source of limitless power.

The campaign is designed to be played through twice: with each player first taking the part of the race invading the Pankova system, the Attackers, and then taking the part of the incumbents, the Defenders. Be warned, sometimes the Defenders are attacking, and sometimes the Attackers are defending:  as first one side then the other gains an advantage.

Although written for Q13, Five Planets can be easily adapted for any sci-fi rules system. Each scenario contains a full game briefing, a map, and then a briefing for each player, including a description of the forces available. All players need to do is print off the appropriate pages for the scenario that they want to play, set up the battlefield, break out the figures, and away they go. As the army lists given are generic, players can use them to play any sci-fi army that they choose: whether based on a particular range of figures, background from another ruleset, background from a film or book,  or even a background that they have made up themselves.

So set your weapons to exterminate and prepare to do battle: there’s glory to be won on the Five Planets!