Here is the news for this week for The Ion Age.  See below.  Also click on the link to join our mailing list for more news and note that from now on ALL 15mm releases will be brand new miniatures.  The Ion Age is set to grow and those of you who already have big collections of Retained Knights and Muster...well you will get some sizable reenforcements real soon and for now the brand new 15mm Khanate Legion first pack is here!  The Khanate have Returned!

It did not take long for the Legions of the Shia Khan Empire to dig their way to the surface and begin once more their determined drive to conquer mankind.

IAF006 Legionary 1st Tesseran
The Khanate have returned and they are doing it in a whole new scale of white metal miniatures. We are proud to announce the release of the first of many 15mm scale Shia Khan Legion packs with IAF006. Eight different brand new miniatures dressed in reactive glimmer suits and self contained breather systems with auto aid ability. Seven legion Discens (privates) armed with the typical Juno 2kw laser rifle and an Ordo (officer) armed with a Cupid 0.5kw laser pistol. As always this code can be bought as a pack or as single miniatures or select the three packs and save 10% option on the page.  Price 4.00GBP per pack.

AIAF01 The Nox
Re-molded from the original HOF range comes four white metal 15mm miniatures for the Nox, elite power armoured troops of the Shia Khan Empire. Four different miniatures dressed in powered Segmentan armour with self contained breather systems and auto aid ability. An Ordo (officer) armed with Flora 30mm grenade gun and three Discens (privates) armed with Janus Blast Gun or Flora grenade guns. As always this code can be bought as a pack or as single miniatures or select the three packs and save 10% option on the page. Price 2.00GBP per pack. 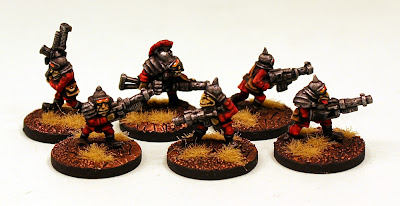 AIAF02 The Maligs
Re-molded from the original HOF range comes six white metal 15mm miniatures for the Maligs verminous and expendable Goblin slave troops of the Shia Khan Empire. Six different miniatures dressed in quilted metallic weave armour and steel helmets. All are armed with various marks of long arm Maia 9.6mm Mpi a not often issued variant of the standard Legion Maia. As always this code can be bought as a pack or as single miniatures or select the three packs and save 10% option on the page. Price 3.00GBP per pack. 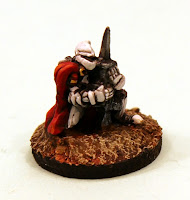 Information Burst!
Thanks for your attention in this Ion Age notice. On top of this week's awesome new release and archive codes bringing the Khanate back to Prydian Space we would like to remind you that every order placed automatically gets the current free unique miniature (IMP01 15mm Kneeling Retained Knight to be retired on 30th September 2013) included and that in signing up with the website you will earn Reward Points on all purchases. Reward Points can be redeemed once accumulated for discounts on orders or special miniatures.


PLEASE READ THIS
May 2019 and The Ion Age has been taken back into Alternative Armies.  It continues with new releases into the future!  Go to Alternative Armies for Ion Age pages of the 15mm Range the 15mm Terrain Range the 28mm Range the Publications range and the Free Downloads collection too for the latest.  All links to the ion age site are now defunct sorry!  If you wish to see something or ask a question email me on sales@alternative-armies.com.  GBS
Posted by Gavin Syme (GBS) at 11:34