A happy All Hallows Eve to everyone from our little team here in Scotland and we wish you the best of spooky fun for the day and indeed the rest of the week.  Two items in this short post.  Firstly a thank you to everyone who took up an Early Supporter Offer on the IAF146 Tohlic Armoured Crawler during October.  These pre-orders are shipping worldwide from today and we expect to get the last of them out by the start of next week at the moment.  Enjoy the free Cold Climes Veterans in every package with our regards.  The Tohlic and the Veterans will be on general release once every package is well on its way.  The second item is a short extract, a snippet and an update on the progress of the latest Patrol Angis book 'Baron'. 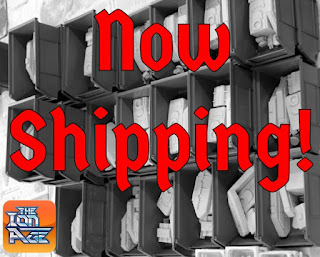 The Baron book continues at a slower pace than I would have liked this month.  This was due to other commitments both professional and family and something else..  It is not often discussed when an author hits a fictional brick wall in their prose, especially by that author himself, but that is what happened to me during October with this book.  Some forty thousand words of the story of the later stages of the Prydian Civil War (continuing on from what was laid out in Callsign Taranis and hinted at in The Khanate Return) did not eventually match up with the story I wanted to tell.  I tweaked and I sobbed but it became apparent that it was to no avail and to that end I deleted it.  Yes, actually deleted it totally.  It will never see the light of day.  A new direction was in order so I have begun again and this will be the bulk of what will make up the narrative part of Baron.  This is only the second time I have ever binned such a large amount of prose.  The first time was during the writing of 5026 Death in the Snow for Flintloque and its Witchlands tale.

I do have a snippet for you taken from the Baron manuscript for this month's update and it is given in its entirety and can be used right now in Patrol Angis for players.  I present to you the official rules for altering larger vehicle statistics and load outs in Callsign Taranis taken from the additional mechanics part of Baron.  Enjoy! 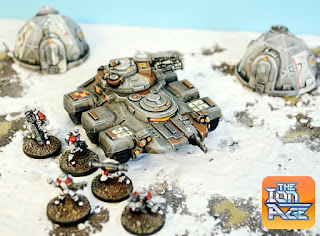 These additional mechanics for use in Callsign Taranis deals with altering the profiles and points costs for vehicles.  This does not apply to infantry or infantry scale vehicles as these are created in the force building rules of Patrol Angis in a fluid way.  For larger vehicles if you wish to you can look to the existing profiles of the vehicles and make changes to them.  This may be done for Light, Medium, Heavy, Flying or Mecha types of vehicles.  There are some basic tenets which must be followed.  You may not change the vehicles means of propulsion so if it is wheeled it stays wheeled.  You may not change its movement rate or its DMR allocation.  The hull retains its original mounting points in the hull and turret and so on and these are not changed.  You may remove passenger capacity but not crew.  Typically you will want to change the weapons load out and as long as you stick with the mounting points you can do keeping in mind sizing of weapons as long as you do not exchange a weapon which is more than double the Weapon Strength of the existing one in the Weapons Table.

Feel free to ask us a question if you wish to make more exotic vehicle variants such as those on some very specialised Taranis tanks.  We are always happy to create official statistics for vehicles in the range and their variants for use in Patrol Angis. 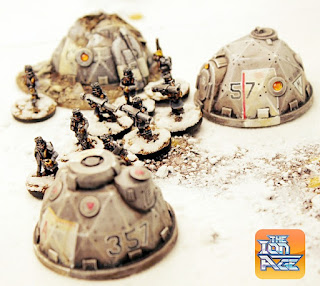 You can read Update One for Baron on the blog by clicking through.