“Across the Prydian Precinct a civil war rages for control of the throne. Marchers Barons who control entire world or even stellar systems raise mighty armies of Retained Knights and Muster before send them to contest the realms of their enemies. In the hierarchy of each knightly regiment the positions of supreme importance are given to Nobles. It is the Nobles who lead from the front in the finest of powered armours and fly the glittering banners of their baronies. Splendid they are and terrible in their wrath upon the field.”

It is my pleasure to present, following on the heels of the release of our new value platoon packs, the superb brush skills of Simon Bradley of Stone Cold Lead figure painting his interpretation of a Prydian Noble in 28mm scale. He features his work on his own Facebook page HERE which you can check out. Painted to a very high level of finish the miniature shown is IA103 Noble with Carnwennan Pistol (taken from pack IB27 Nobles of Prydia pose 2) in a simple colour scheme which really brings out the detail and soul of this leader of knights. The figure stands well over 30mm tall as it is a Noble and is a fine centre piece for a 28mm force. Here are some shots of Simon's work including a scale shot with a classic Citadel figure. 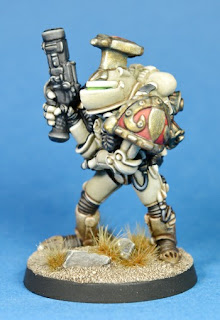 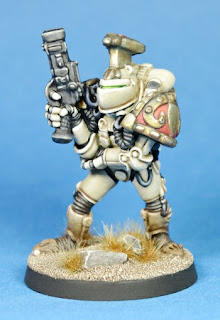 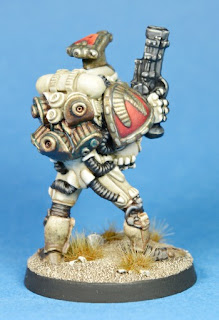 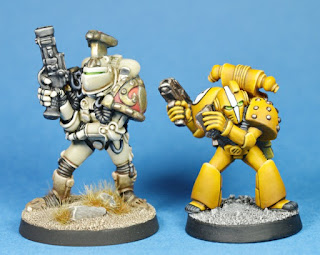 You may not realise this but our huge 28mm range of Prydian and Shia Khan miniatures has been almost totally replicated in the popular 15mm scale too and this includes the Prydian Noble who is the subject of this article. It is the middle pose in the pack.

We shall return later in the month with an update from Aris all about his games of Patrol Angis at the Articon event!