This short post has a couple of points to put across to you.  Firstly three excellent scenic photos of our new Espaten Portable Weapon Platforms each with a short caption to tell you just what is happening in the action.  These are by request of IonFan's who are keen to see their new miniatures on the battlefields of our space opera future and we are happy to oblige.  Secondly I want to tell you a little about the end of this month and what will be happening as we roll into the wintry and more fearsome November.  So without further ado lets dive on in! 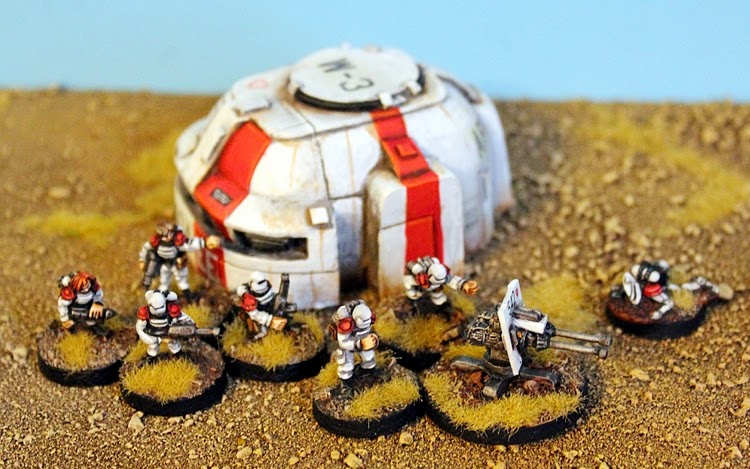 An embattled Muster Squad teams up with an Espaten platform mounting the long twin barrelled Moth 88 cannon.  They direct their fire from the partial shelter of a Block House while a dead Retained Knight testifies to the fight that has gone on over this ground already.  Miniatures used are from IAF046A Espaten Platform, IAF059 Muster 2nd Squad, IAF056 Muster Espaten Crew, IAF004 Retained Command Demi Alpha and IAF040 Block House. 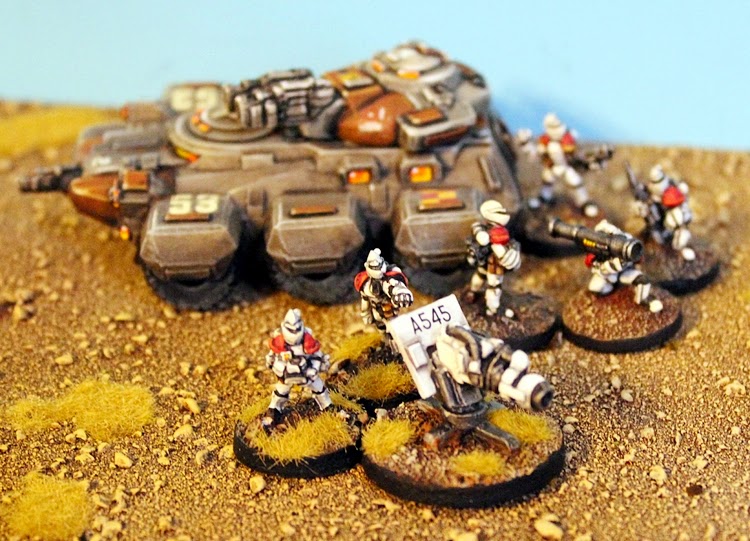 With foes coming at them from both sides a parked Mullo AFV with twin Angis 25mm AP Cannons is facing down distant enemies while a small group of Retained Knights supported by a Valerin 15MW Laser Cannon mounted on an Espaten platform make ready to repel those who would destroy them as they approach from the other direction.  Miniatures used are from IAF046E Espaten Platform, IAF055 Retained Espaten Crew, IAF008 Retained Post Charlie and IAF042C Mullo Armoured Fighting Vehicle. 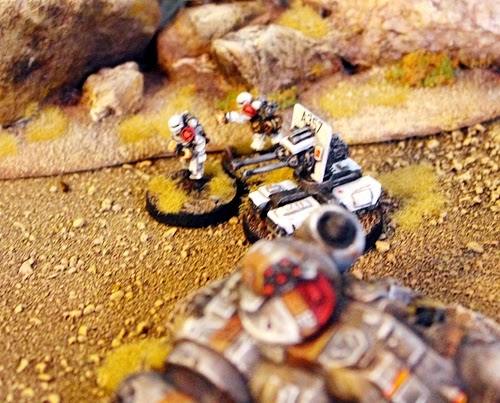 Getting there in a hurry.  A pair of Muster gunners accompany their twin barrelled Moth 88 Espaten on its tracked motive system through a rocky plain making sure to avoid the downed wreak of a Skylark Patrol Flyer. Where are they hurrying to?  Miniatures used are from IAF046A Espaten Platform, IAF065 Espaten Tracked Unit, IAF056 Muster Espaten Crew and IAF033 Crashed Skylark.

The End of October and Into November

From Thursday 30th we will be changing from the current IMP14 Female Retained Knight as the free monthly miniature and replacing it with the awesome new free miniature for November IMP15 Witch Knight.  While there will be a full article on the sultry Witch Knight upon the morrow for now I want to say this.  All orders that arrive until the 1st November will still get the IMP14 miniature free and from Thursday this week the IMP15 miniature AS WELL!

I have also had enough emails and requests to keep the current offer on the new Espaten platforms, motive units and gun crews open (15% off regular prices) that we will do so until the start of November.  Bonus!