“Legion are bad enough. Let me beat on Maligs all year along instead of Legion. But those Pioneers they are way worse. They might not have those rigs the Nox have but those plates can still deflect a burst of Moth Rifle fire with no problems. I remember one time with the 658th a few months back. We were in this place, must have been a zero ball stadium or something, big and oval shaped with stripped out seats. They even had a burned out Happy Burger shack. Shame that, I used to enjoyed that gloop. Anyway there we were all set up nice and ready. No Anvils, Bodkins or Rons with us but command figured we had the Moth Type 12's with those 40mm grenades and our rifle rounds would be plenty. After all we had seen the six Tesserans coming down the bust up Rubbacrete strip towards us and we were just waiting. Fixed on the entry tunnel levelled barrels.


In they came. I saw the green suits, Medusa Legion, just for a moment before the comms signal to fire came. We opened up with everything and I watched the entry tunnel turn to powder and flame. Three seconds and we ceased. I expected green mist and nothing twitching but that ain't what happened, not at all. Turns out those alien scum bags had put in two Tesserans of Pioneers first and they had just sat down wrapped in those damn armour plates when we rained on them. Sure we dropped a couple of them but at that range and without AP it wasn't enough. As we reloaded they stood up and gave us a kiss back with a dozen Flora pattern grenaders. I lost some mates that day.

As I said Legion are bad enough but the Pioneers....screw that...that's a job for those shiny Retained lads!”


The Shia Khan Empire expands again this week with the second code of 15mm Legion Pioneers in their distinctive Segmentum armour plates. We present IAF019 Legion 2nd Pioneers a Tesseran which contains eight new white metal poses composed of an Ordo (officer) in cloak armed with a Cupid 0.5Kw Pistol fist raised and seven different Discens (privates) armed with the Flora Grenade Gun. Fire Support for close in work! The suit worn by Pioneers lacks the reactive glimmer of Legionaries but has the same auto-aid ability and breather function plus the protection of the Segmentum armour plates. As always this code can be bought as a pack or as single miniatures or select the three packs and save 10% option on the page.


The first pack of the feared Legion Pioneers! Pioneers are experienced Legionaries who don un-powered upper body armour and take on all of the toughest jobs needing done. Pioneers tend not to mix with Legionaries and are viewed by them with jealousy. Able to take far more of a beating than normal Legion the Pioneers go toe to toe with Retained Knights. This Tesseran of eight new white metal poses is composed of seven Discens (privates) armed with Maia 9.6mm Mpi and an Ordo (officer) in cloak armed with Cupid 0.5kw Pistol. The suit worn by Pioneers lacks the reactive glimmer of Legionaries but has the same auto-aid ability and breather function plus the protection of the Segmentum armour plates. As always this code can be bought as a pack or as single miniatures or select the three packs and save 10% option on the page.


Its the last few days of the month and that means that the current free miniature IMP05 Winter Musterman will vanish on the morning of 1st February to be replaced by the next free miniature. You get one IMP05 free with any and all orders and you can purchase the current IMP miniature as well if you want more of them. By placing an order with us you will sign up for an account with the website and that means you get Reward Points in all purchases. These points can be used any time to get free products and discounts on orders. 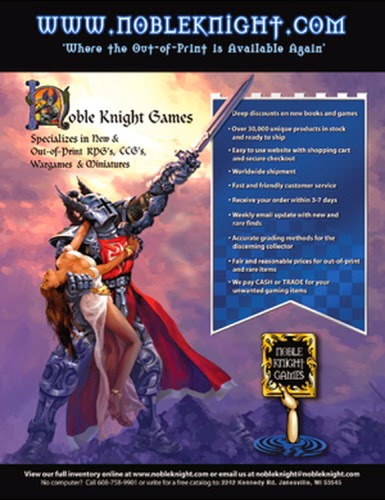 
Our North American Agent carries all of our products in all scales along with a lot of products from our sisters 15mm.co.uk and Alternative Armies. This includes this week's and recent releases (IAF019 Legion 2nd Pioneers, IAF015D Tower Module and the 15mm Conversion Packs) and our entire 28mm and 15mm lines. So if you already use this great company or you want to since you are in the USA or Canada you can get your Ion Age products there. Browse from the main page link to all of our products on NKG. Go HERE.


Thanks for your Time.

PLEASE READ THISMay 2019 and The Ion Age has been taken back into Alternative Armies.  It continues with new releases into the future!  Go to Alternative Armies for Ion Age pages of the 15mm Range the 15mm Terrain Range the 28mm Range the Publications range and the Free Downloads collection too for the latest.  All links to the ion age site are now defunct sorry!  If you wish to see something or ask a question email me on sales@alternative-armies.com.  GBS
Posted by Gavin Syme (GBS) at 09:34