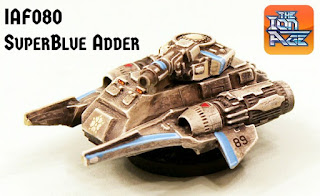 The time has now come for the super star of the Adder light vehicles to be released in its second new incarnation.  This is our final release of May 2018..  Able to kick the ass of any other Adder and give Mullo's a run for their money too the SuperBlue is a hunter of armour on the battlefield typically travelling in three's they can even take on a Taranis too...maybe!  This 2.0 version has the same game stats and it is about 80% the same as the original but it now resembles its larger brethren more closely which was our aim.  Designed by Sam Croes.  Go HERE or read on for more information. 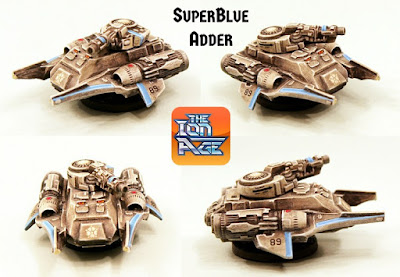 IAF080 SuperBlue Adder (1 Repulsar Vehicle Kit)
This pack contains one resin 15mm scale vehicle which requires assembly.  This is a unique Adder variant which has repulsar drive (anti-gravity) giving it excellent speed and agility as well as thicker armour and a powerful Valerin Laser Cannon for accuracy and armour killing ability.  Crewed by the best Muster pilots around the SuperBlue is an armour hunter that can operate on its own or in squadrons taking out larger vehicles.  Codename SuperBlue. 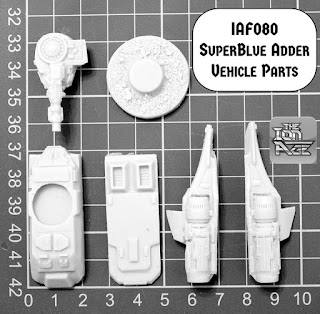 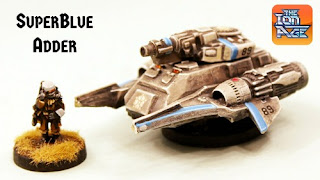 
We have many other Adders as well.  Go HERE to see the Adder Combat Cars and the Adder Combat Lifters.  There are a dozen different variants with chain gun, rail gun, missile rack, laser cannon and communications types.  Excellent light 15mm scale vehicles for any setting at a superb price.

That is it from us in May and we will see you in June with more new awesome and articles.  Enjoy your wargaming and remember you get Reward Points on your orders with us which can be used for future discounts and free things.  Learn more on our website.