Morag of Vagan a tale by Michal Janecek

It was my great delight to get a short tale with some excellent pictures from IonFan Mr Michal Janecek who really likes the Afara Strider mecha in the 15mm Ion Age range. 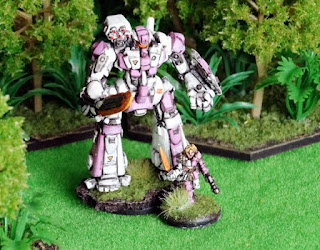 His own collection includes some cool colour schemes such as that of Morag.  He is also a new designer who currently has one vehicle released with us the mighty Tohlic Armoured Crawler. 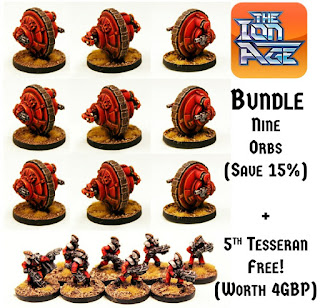 We are in the middle of the pre-order promotion time for the Khanate Attack Orbs (savings, free items, bundles) so check them out HERE once you have perused this short tale.  Enjoy!  GBS 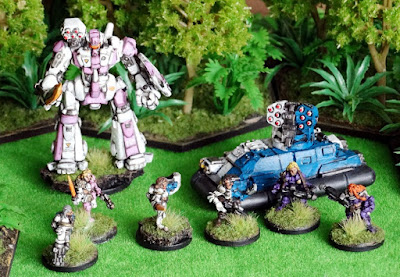 Morag had lived as one of four children of common family in system Vando and almost whole her life she wanted to live on her own but this was very unusual for a young girl like her. As civil war came, she decide to enlist the muster regiment. She received a training as muster of league of Yordan. She became a soldier with some technical specialisation. She went on many systems, saw few battles but it wasn‘t what she had though. 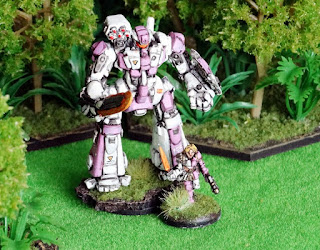 The turning point was at Marlow  – the hard battle between Yordists and Clansters which finished as great stalemate. The battlefield was covered by dead bodies and less or more damaged or destroyed vehicles. No one cared of anyone. She left her cover and shocked wandered through the battlefield. She found heavy damaged Afara Strider model 26WA with almost shot off its Valerin laser, broken its left hand, but able to move. She used her technical knowledge and set the Strider in move out from battlefield. 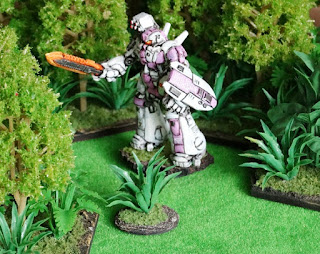 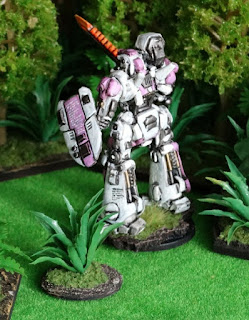 With help of some native mechanics (in exchange for some valuable loot from battlefield) her Strider became ready to fight. She replace its Valerin laser with Octasword and broken hand was replaced by almost new one with shield from model 26WB. She started her mercenary career. 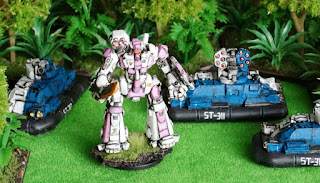 Her Strider was like colourful ghost – some parts were green, some blue… some in raw metal… but in many battles was enough just to show Strider up and those who were dare to fight her was good practice to train the driving and fighting with her Strider. Those battles were only poorly paid but her Strider became a legend. She painted it white and pink as she did with her Alwite armour (what found on the same battlefield as her Strider). 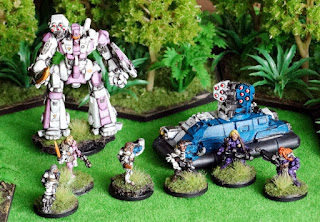 In Keek system she was seen by Steiners and the commander of Steiner’s expeditionary forces hired her, because of Strider isn’t the king of the battlefield, but better to have one on his own side than on the other and this is how started cooperation of Morag with family Steiner, the rulers of system Melian. She is on her own, but with very close connection with Steiners. This connection brought the last modification – a large communication equipment on back of her Strider because when she is on the battlefield she is the queen of it, the army of one and she needs to know where is her presence needed at the most.