PIA008 Uniforms of the Khanate poster and download released!

The first of two releases this February 2018 sees us add to our poster print collection at The Ion Age with an eighth A3 high quality print for your wall. Not many wargame brands make such posters and we do it purely for the love of it putting them on our own walls first.  After the release of the third book in the Patrol Angis series IAB03 The Khanate Return there was interest in getting a better notion of what the colours of the Shia Khan Empire were when it came to the Legions assaulting Mankind.  I worked with Aris and together we created this new poster.  We present PIA008 Uniforms of the Khanate as an A3 Poster and as a Digital Download.  See all our posters HERE or read on for more. 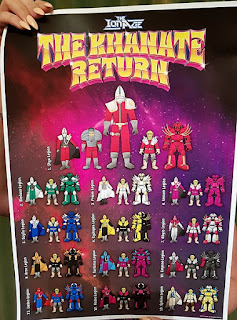 PIA008 Uniforms of the Khanate
From the Matter Gateway come the alien legions of the Khanate in vast numbers. This poster gives you the uniforms of the prime dozen and one Legions to use on your figures or just to put on your wall for inspiration as you plan your games. Digitally drawn by Aris Kolehmainen this poster print was made locally here in Scotland on high quality 200gsm paper using rich inks. Its a premium product to grace your wargaming walls with. Bare or in a frame. Supplied in a purpose designed postal mailing tube. The image is exactly A3 size.  Here is a list of the uniforms on the poster by Legion. 1. Styx Legion 2. Medusa Legion 3. Priam Legion 4. Venom Legion 5. Scylla Legion 6. Cyclopes Legion 7. Abyss Legion 8. Arae Legion 9. Tartarus Legion 10. Empusa Legion 11. Ladon Legion 12. Hades Legion 13. Spinx Legion. 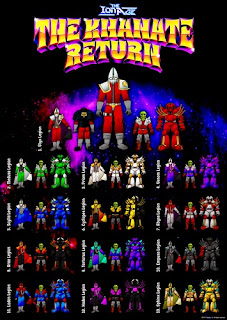 As with all of our other products we offer you several purchase options.  You can purchase one poster print at a great price or three of the same one and automatically save 10% on screen.  You can also select the Digital Download option and purchase a virtual copy of the A3 poster at super hi-rez to print or view yourself immediately.  HERE.

We have seven other posters in our print range with some of them also being offered as digital downloads.  Here are their details with a look at each of them. 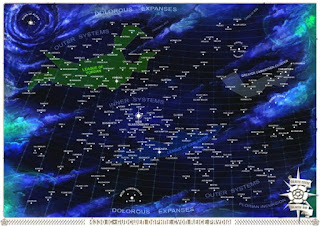 PIA007 Prydian Precinct Starmap
A thousand years before the outbreak of the civil war that would pull Prydian space apart the last Khanate war forced the detonation of a universal potent bomb.  This bomb called the 'Aldan Crucible' ended the Shia Khan incursion in this part of the galaxy by destroying not only their Matter Gateway but also the entire Aldan stellar system.  In the dark centuries that followed the detonation savage and exotic Dolorous Clouds formed across Prydian space which hid entire star systems and made travel in or near them very dangerous indeed.   This star map shows more than one hundred stellar systems as spoken of in our titles as well as the regions held by the League of Canlaster and the League of Yordan in the pivotal year of 4330 IC.  Great for your wall and for planning your campaigns in The Ion Age. A3 Digitally drawn by our lead designer Sam Croes. 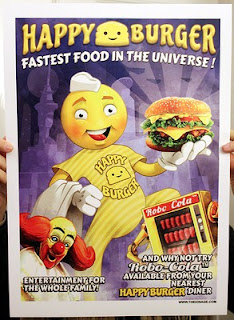 PIA006 Eat at Happy Burger
More than three hundred million cans of Robo Cola are sold across the Precinct every single day and their taste goes perfectly with the 'Meat-tay-eat' burgers sold alongside them. Taste alone makes this possible with the people of a thousand cities flocking to the booths and eateries for treats. Taste is backed up with billions of posters put up everywhere there is a space. From the transit lanes to the agri-zones as well as spaceports and hospitals these posters promote Happy Burger. They can also be bought for your own hab walls for a modest fee from behind the counter. Just as your server. A3 Digitally drawn by our lead designer Sam Croes. 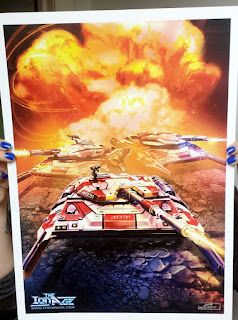 PIA005 Callsign Taranis Cover Art
Majesty and sheer ruddy terror is what I think of when I see those Taranis tanks. Lethal instruments of war advancing over broken rocky ground while behind them the torn remains of their last enemies are burning. This is how I see the cover of Callsign Taranis.  A3 and digitally drawn by our lead designer Sam Croes. 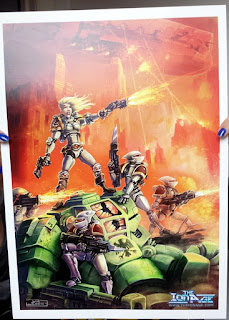 PIA004 Patrol Angis Cover Art
Atop a downed Battlesuit the heroes gather as the foes circle all around. Their weapons make fire to the fore as behind a rebelling city is lit aflame by the laser bombardment of a low floating starship. This is how I see the cover of Patrol Angis. A3 and digitally drawn by our lead designer Sam Croes. 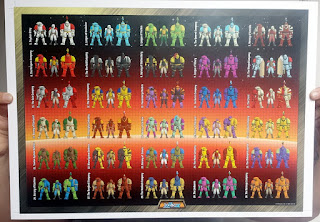 PIA003 Uniforms of the Prydian Precinct
From the Prydian Army to the Leagues of Yordan and Canlaster as well as system defence and mercenary companies too this poster gives you all their uniforms to use on your figures or just to put on your wall for inspiration as you plan your games. Digitally drawn by Aris Kolehmainen. Here is a list of the uniforms on the poster. Some of these feature in Patrol Angis and in Callsign Taranis while others will fight the good fight in forthcoming articles and books: 1. Prydian Army 2. League of Canlaster 3. League of Yordan 4. The Quarrel Company 5. Barony of Castella 6. The Hotspurs Company 7. The Merfold Company 8. Barony of Malmesbury 9. League of Tilbury 10. The Rheged Company 11. The Sein Company 12. The Bezant Company 13. Fauconbergs Raiders 14. De Vere's Company 15. The Chard 16. Barony of Caerwent 17. The Gryllus Company  18. Barony of Carhaix  19. Barony of Messena 20. The Geolu Company 21. Towton System Defence 22. Blore System Defence 23. Barony of Linnuis 24. The Flame Company 25. The Midnight Expanse 26. Barony of Caerleon  27. The Barghest Company 28. The Hemlock Company 29. The Lindworm 30. The Naranga Company. 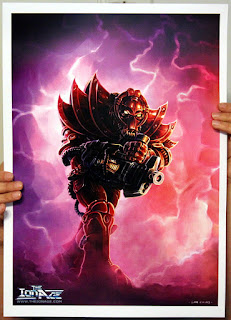 PIA002 Matter Gateway Nox
Hugo Sevaris was a traitor to all Mankind for he re-opened a Matter Gateway and gave the Shia Khan Empire access to Prydian space once more.  From the shimmering purple haze of the gateway came the Nox.  Fear them for they are the night and the death among us now... A3 and digitally drawn by our lead designer Sam Croes.  The cover of IAB03 The Khanate Return. 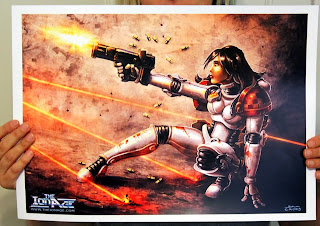 PIA001 Ylona of Prydia
At the Zanzibar Breakers conflict a hero was found.  Ylona defeated scores of foes and eventually led to the defeat of Maligar Hanz.  Her Tumbler 9mm Mpi is a prized artefact in the stores of the 414th Regiment of Prydia.  She now continues the good fight on Camarthan Prime against the Khanate. A3 and digitally drawn by our lead designer Sam Croes.

Go HERE for the poster collection.

Later this month we will be releasing again and that release will see the completion of the Beotan Ordos with a new pack and a new platoon with unique miniature included free.  But more on that in a couple of weeks.